This summer, as in the past, we went to one of the sunniest and most hospitable cities in Anapa.
For six years in a row, the program for the rehabilitation of children with hearing disabilities "I hear the world!" is conducting an on-site summer rehabilitation at the resorts of the Krasnodar Territory. For many families, it has become a good tradition to start the summer with Usharika and rehabilitation specialists.

This summer, as in the past, we went to one of the sunniest and most hospitable cities in Anapa.

On the basis of boarding house Fairy 3 we spent two weeks unforgettable (16-30 June), full of not only activities, but also merry holidays, discos, competitions - all this under the gentle sun, next to the warm sea on golden sand.

More than 350 people fr om all over Russia

Every year, the warm sun of Anapa and the gentle sea gathers more and more participants of the exit summer rehabilitation "A visit to the sea with the whole family," and this summer was no exception: we a large group (more than 350 people) swam, sunbathed, engaged, played and just relax.

"By the seas, by the waves"

This year the theme of our rehabilitation was: "By the seas, by the waves". The sea theme was chosen not by chance, because the sea is a symbol of light, space and freedom. 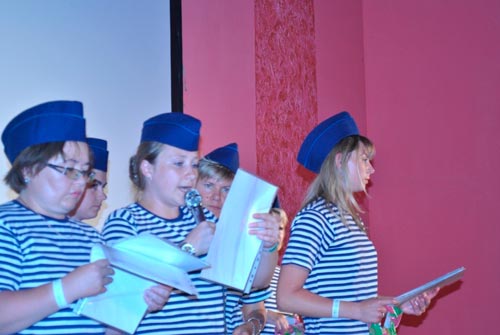 Scientific and methodological support and support of all summer rehabilitation activities is provided by the St. Petersburg Scientific Research Institute of Ear, Nose, and Tongue of the Ministry of Health of Russia; Psychological and pedagogical leadership - methodologist-organizer  Zontova Olga Viktorovna.

This year, the city's outreach program in Anapa was supported by the city administration, the authorized representative for the rights of the child, Maria Nikolayevna Besolova, visited our events several times. Also, the exit was held under the clear control of Pyzhova Olga Viktorovna - the Chief Freelance Regional Children's Surdologist of the Krasnodar Territory.

The program of the trip was marked by a grand opening, wh ere Professor Yanov Yuriy Konstantinovich, a professor, doctor of medical sciences, director of the leading institution for cochlear implantation, SPb Research Institute of the ENT, made a video greeting.

Lectures with children were conducted by speech therapists:

Based on the results of pedagogical and audiological testing, the settings for children after cochlear implantation were conducted by two audiologists: Pudov Nikolai Viktorovich (St. Petersburger), Voronova Irina Andreevna (Ekaterinburg). All questions of parents and specialists were always glad to get answers from Andrey Izosimov, a leading audiologist. 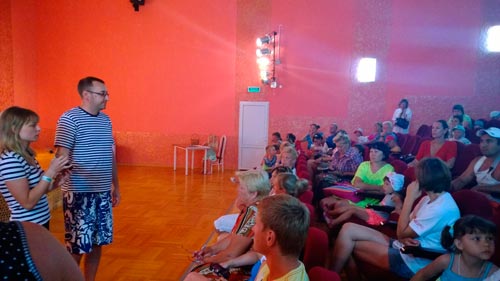 The opportunity to get individual lessons with a psychologist was at each participant: both in children and adults. Subject-problem group psychological training was conducted by Kelim Vera Evgenievna (St. Petersburg).

Traditionally at the summer rehabilitation, all the kids had the opportunity to get spare parts for the processors, set up their hearing aids and make liners. This was helped by a surdologist, an audiologist - Vladimir Evgenievich Gaufman (Krasnodar).

Updated animation programs, sports games and evening show programs pleased not only the kids, their brothers, sisters and friends, but also their parents, as well as professionals who enthusiastically carried out all activities. Each day began with a traditional morning developmental charge, and ended with a general fun children's disco. 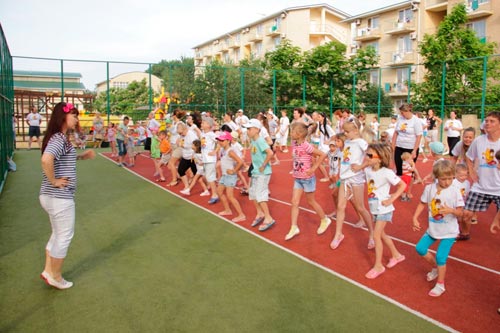 For the first time on site rehabilitation was art therapy, according to the results of which children with teachers put two performances.

Club on the grass

Unusual and very exciting activities aimed at hearing and general development of children this summer were creative and developing studios - a club on the grass that was conducted by two talented teachers from Chelyabinsk: Medvedeva Irina Sergeevna and Maksimuk Eugenia Alexandrovna. Children at the studio were engaged in practical and musical activities.

The updated cartoon class was conducted by a specialist of the highest level - psychologist Simakov Mikhail Veniaminovich (Nizhny Novgorod). A new muttifikatsionny film, created by children with hearing loss and after cochlear implantation and their friends, was also voiced by them. 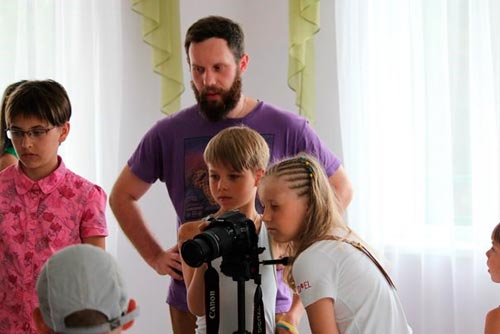 DJing and a concert of electronic music

All the animation activities of the summer shift in the hostel were supported by the young, but already quite well-known DJ - ViZon. He also conducted special classes in DJing for children after cochlear implantation, developed their auditory perception with electronic music, and the children conducted a concert of electronic music.

During the time and successful participation in all exit events, all children, their relatives and parents received magic money that could be exchanged for magic gifts in the magic room of Usharik.

Every day at the main building there was a club dance, under the anthem of the project "Together - we are a great force". 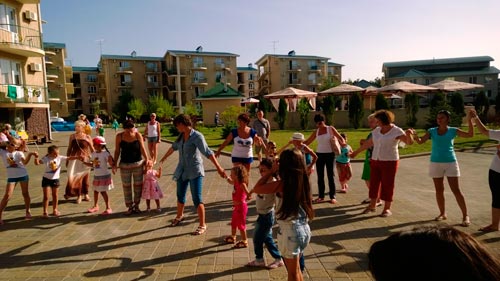 On Usharik's birthday, traditionally celebrated in the summer - June 23, the children prepared various gifts. Usharik was happy, because he had his first anniversary, he was 5 years old. He thanked all the guys with words, because he had already learned to speak. 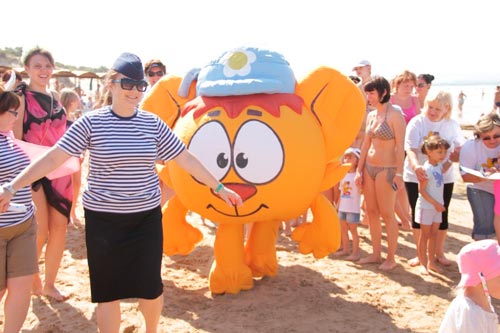 A general excursion to aquapark in the middle of the shift was a pleasant surprise for everyone. 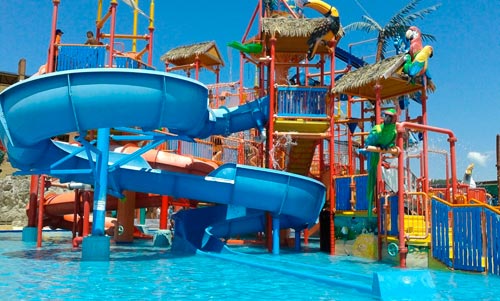 The traditional ending of the change of rehabilitation is a creative concert. At the concert, a pleasant surprise was brought to all by a team of specialists who danced two touching and incendiary dances. All the participants of the trip received diplomas and memorable gifts. 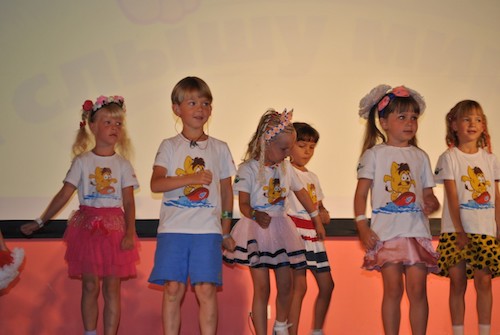 The program of the traditionally held school for parents was also updated, in which all parents and specialists of the visiting course could take part. Lecturers from different cities told about the peculiarities of rehabilitation of children and adults after cochlear implantation. In addition, Elena V. Ohotnikova (Kirov) told her parents about the peculiarities of rehabilitation in the summer at Anapa resorts, and Pudova Olga Nikolayevna (St. Petersburg) explained the features of the care of processors.

This year, several adult preplanned patients visited anapa rehabilitation in Anapa. We hope for the continuation of this tradition, the activity of adult patients next summer, for which we will prepare some interesting cultural, leisure and development programs.


Usharik invites you!
We will be happy to meet you at the seaside next year! 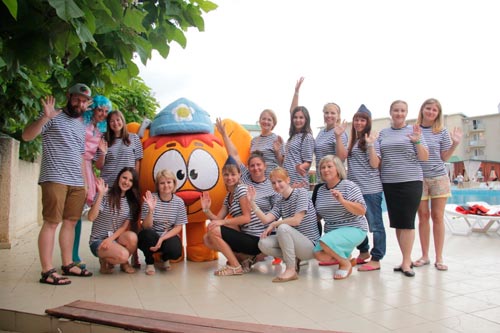 
Read more
This year, summer for 200 people from different regions of the Russian Federation has turned orange!
Read more
On-site rehabilitation "Away from the sea with the whole family!" - 2012 became the most numerous in the history of summer trips.
Read more
In 2011, the summer rehabilitation session was held in two shifts: the first from 10 June to 23 June, the second from 24 June to 5 July.
Read more
This is a good tradition, supported by both professionals and parents and their children. The number of participants this year has grown in 3 times. There were already friends among parents and specialists, who had become friends in the previous trip, but the most joyful thing was the meetings of children. For a year everyone have grown, have reached new heights. The new children very easily and harmoniously joined our warm team, they made new friends, so that they did not want to part with.
Read more
+
Thanks for subscribing!
You have been sent an email to confirm your subscription!