On-site rehabilitation "Away from the sea with the whole family!" - 2012 became the most numerous in the history of summer trips.

About 250 people from 35 regions of the Russian Federation, as well as from the countries of the Near Abroad: Kazakhstan and Latvia, came simultaneously to Anapa. Participation in auditory rehabilitation was performed by 96 children who underwent surgery for cochlear implantation.

Rehabilitation "A visit to the sea with the whole family!" was organized by the program for the rehabilitation of children with hearing disabilities "I hear the world!", with the support of the St. Petersburg Scientific Research Institute of Ear, Nose, and Tongue of the Ministry of Health of the Russian Federation (ENT Research Institute), Administration of the resort city of Anapa, Krasnodar Territory.

More than 250 people fr om all over Russia

Such a huge number of children with cochlear implants and families united by the same questions who have a rest for 2 weeks on the shores of the warm Black Sea in one camp, participating in animations, discotheques, sports and other leisure activities, gives a colossal experience that each of the participants in rehabilitation : children with implants, their brothers and sisters, parents of children with hearing loss, specialists working on the road. 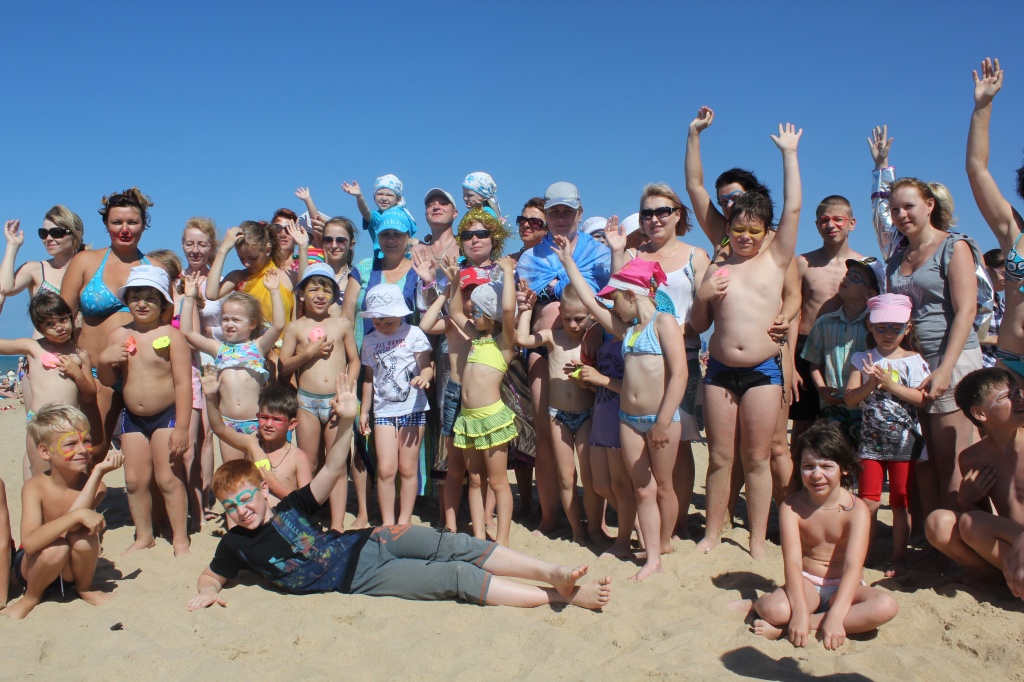 On the eve of rehabilitation, from June 5 to 8 in Anapa, a training seminar "Modern technologies of auditory rehabilitation" was held for specialists of the southern region, including for specialists of the city of Anapa. Since June 10, this seminar was continued with a series of lectures "Parents' School" for adults who came to the rehabilitation course. The following lectures were delivered at the seminars: Professor, Ph.D. Inna Vasilievna Koroleva, methodologist-organizer of rehabilitation after cochlear implantation Olga Zontova, representative of Med-El company in the Russian Federation Andrey Izosimov, and many other people whose knowledge and experience in the field of impaired hearing were interesting and useful for specialists and parents, who have children with hearing loss. 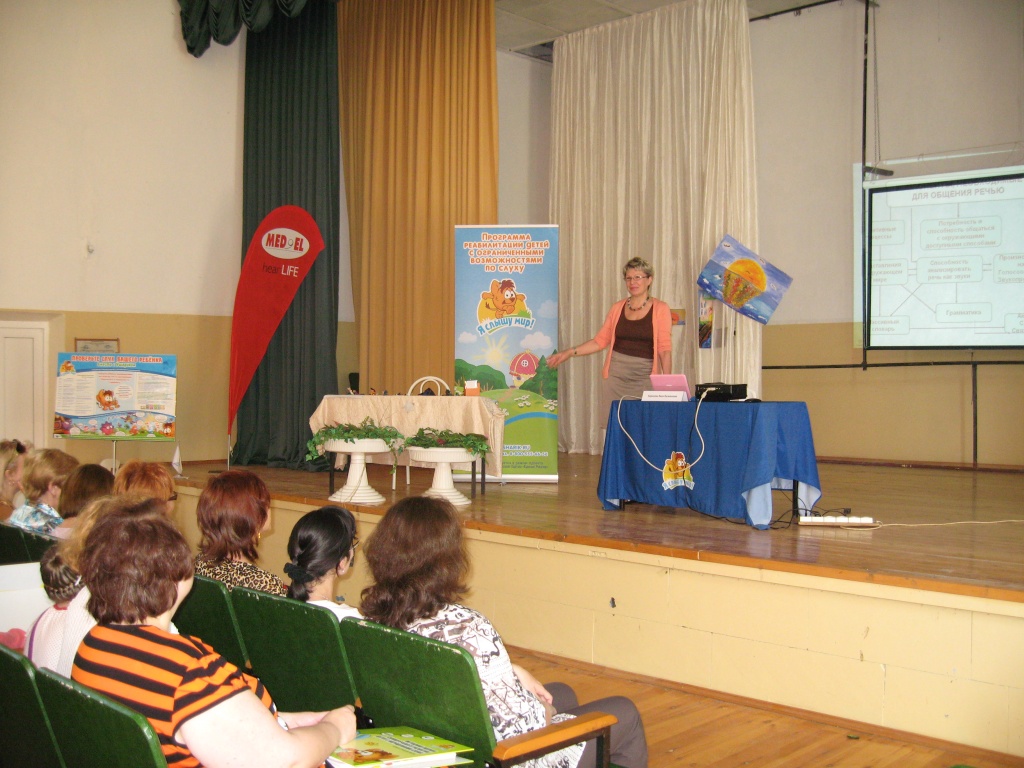 During the "School of Parents" all the children were in a specially organized children's group, wh ere the tutors of the profile kindergarten of Anapa and the initiative parents organized the groups. Children could watch cartoons, draw, play and communicate with each other while parents received knowledge on auditory rehabilitation. 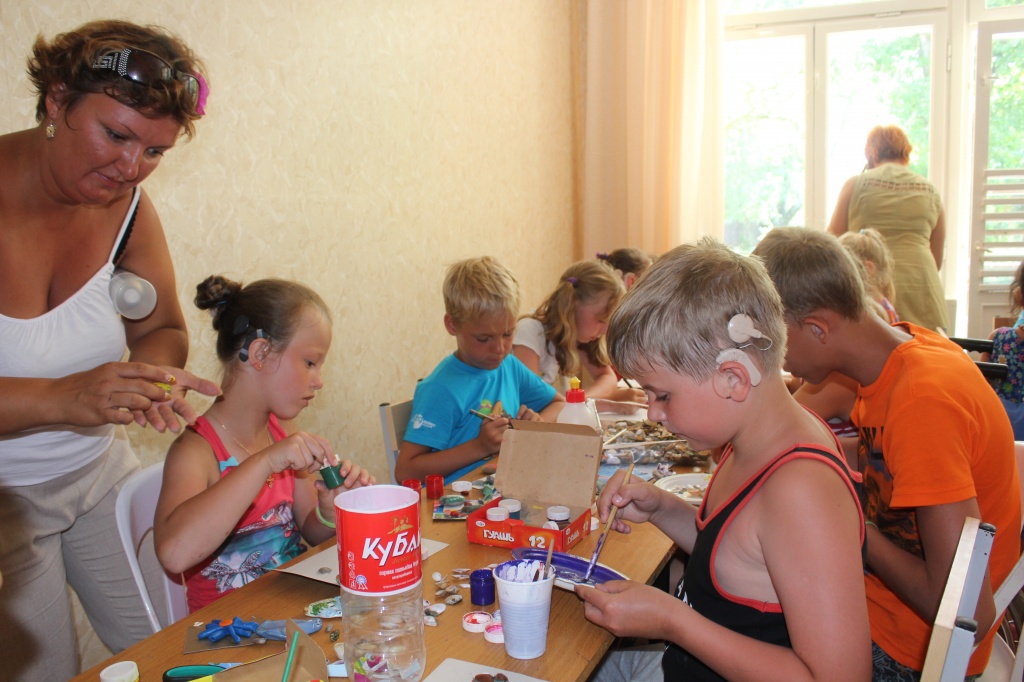 After classes active fathers and mothers participated in football and volleyball tournaments, discotheques and various competitions, prepared for the concert concert and simply communicated. The load of children undergoing a course of hearing-based rehabilitation was no less than that of adults. To daily individual lessons were added exercises, morning animation on the beach, evening mini discos, mugs, funny games. 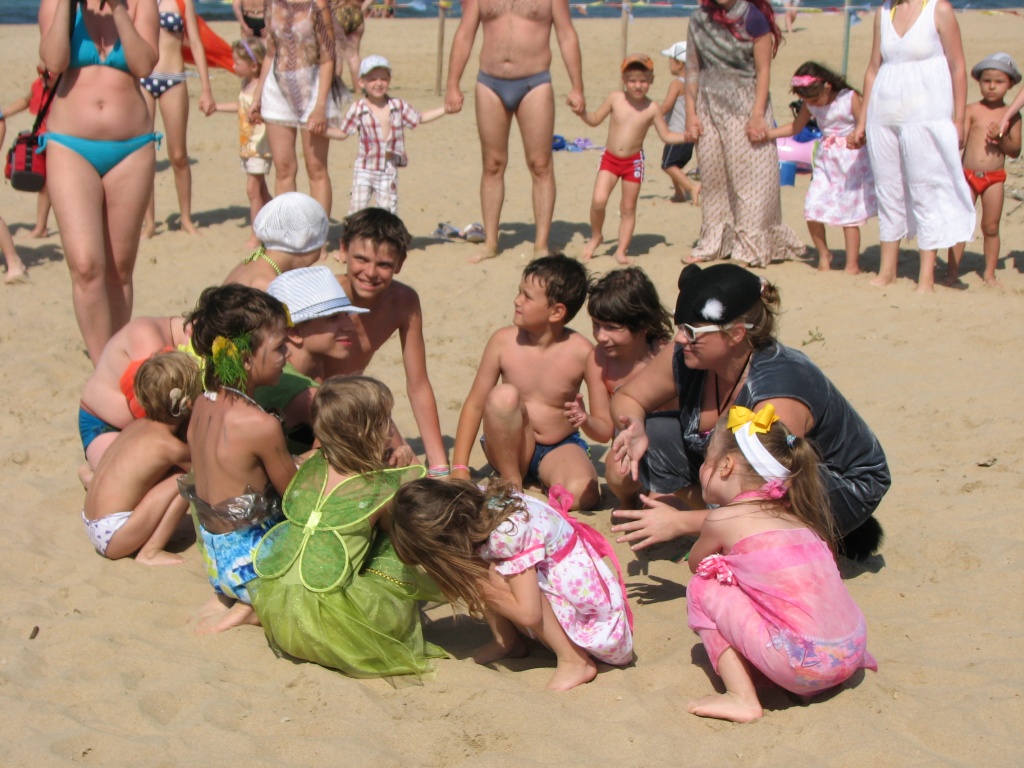 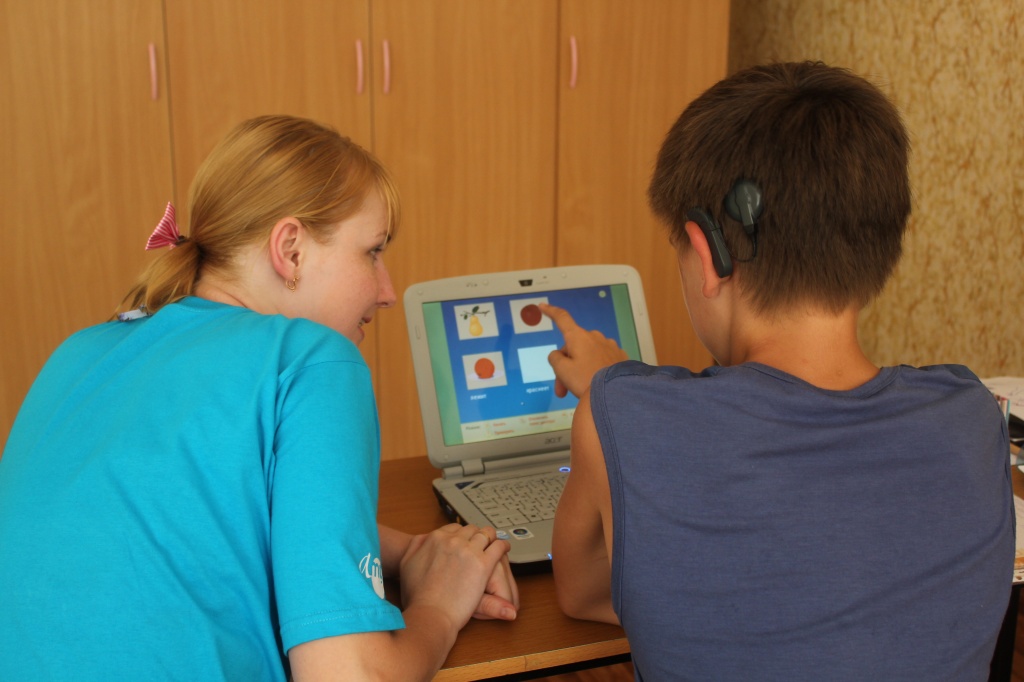 One of the days was declared a common weekend, no one went to classes, a general trip to the Golden Beach Aquapark was organized. This trip brought a sea of ​​emotions, so bright that many parents decided to repeat the trip to the water park yet again. 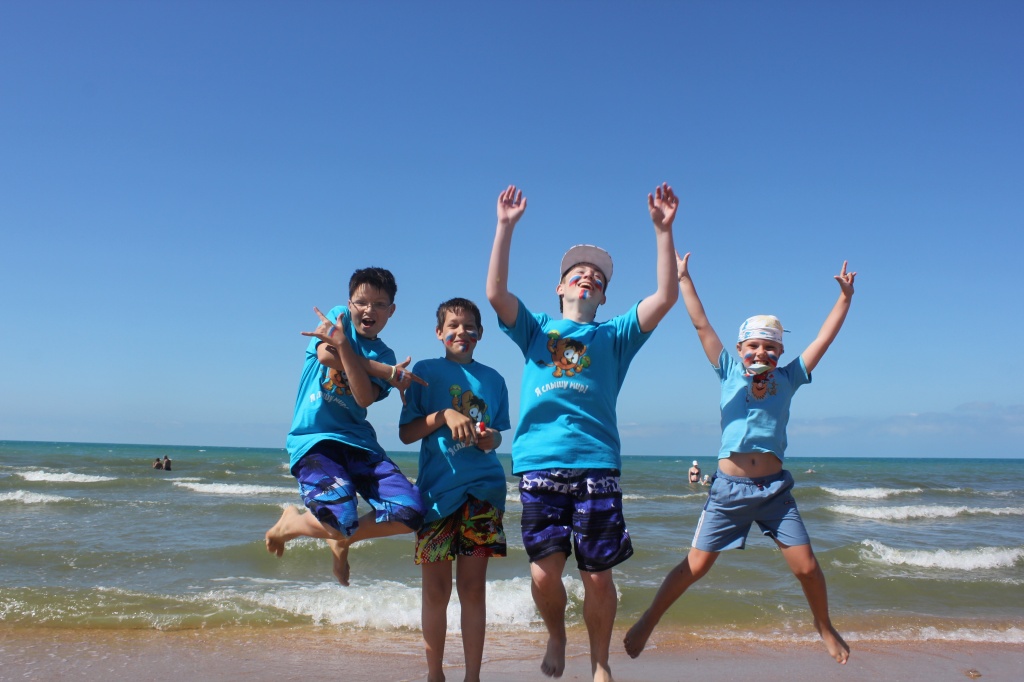 A special surprise for all participants of rehabilitation was a special action announced by Med-El Elektromedizinische Gerate GmbH in honor of the 15th anniversary of the Russian market: all patients who underwent surgery with the Concerto implant between January 1, 2012 and May 31, 2012, at the reference in the program "I hear the world!" have received the certificate for passage of a free course of rehabilitation on summer departure "At guests by the sea with the whole family!". Many families took advantage of this opportunity and went on an exit to Anapa 2012. Those who did not have time to undergo rehabilitation this year can realize this opportunity for the next year. All children and adults using Med-El implants received a 40% discount on the rehabilitation package.

Warm and sincere concert ended the summer visiting rehabilitation "Away from the sea with the whole family!". Children with implants, their brothers and sisters, and even parents and a team of rehabilitation specialists performed on the open stage. Not only were the talents and successes of children pleasant for us, which we have been observing for the fourth year, but also those emotions and emotions that parents' performances give: poems, songs, dances, creative productions. The concert is not only a way to exchange positive emotions, but also a strong motivating factor. 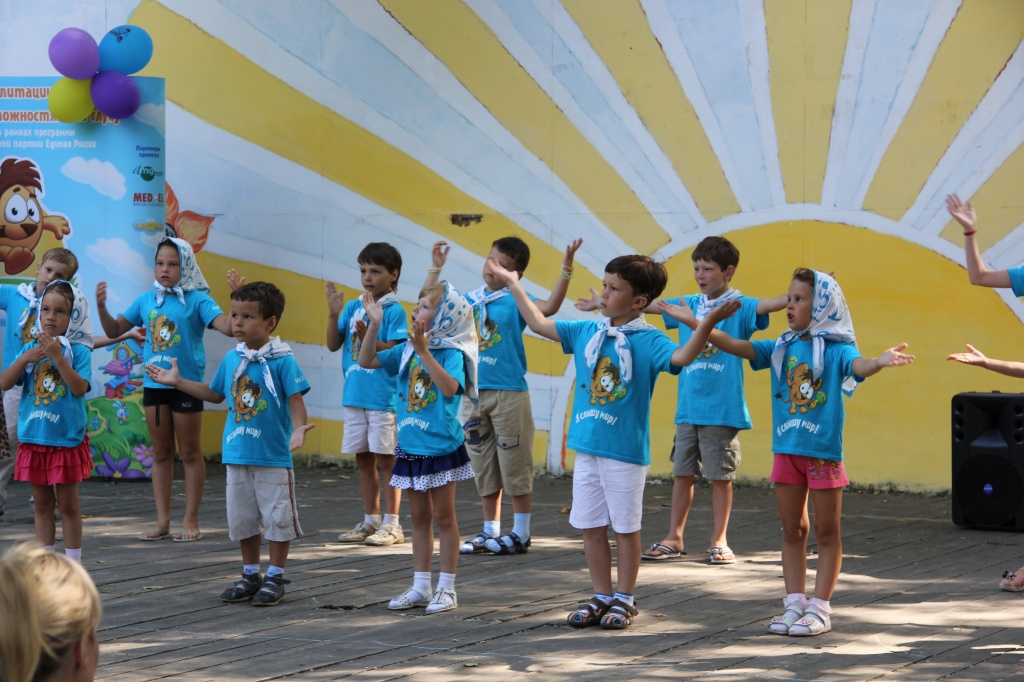 Right during the concert in children, who were afraid and shy, an irresistible desire to enter the stage is born and show that he can, hear well-deserved applause and receive a diploma and a prize that will become a symbol of the great victory of the little man and will take an honorable place among the memorable things of the family. 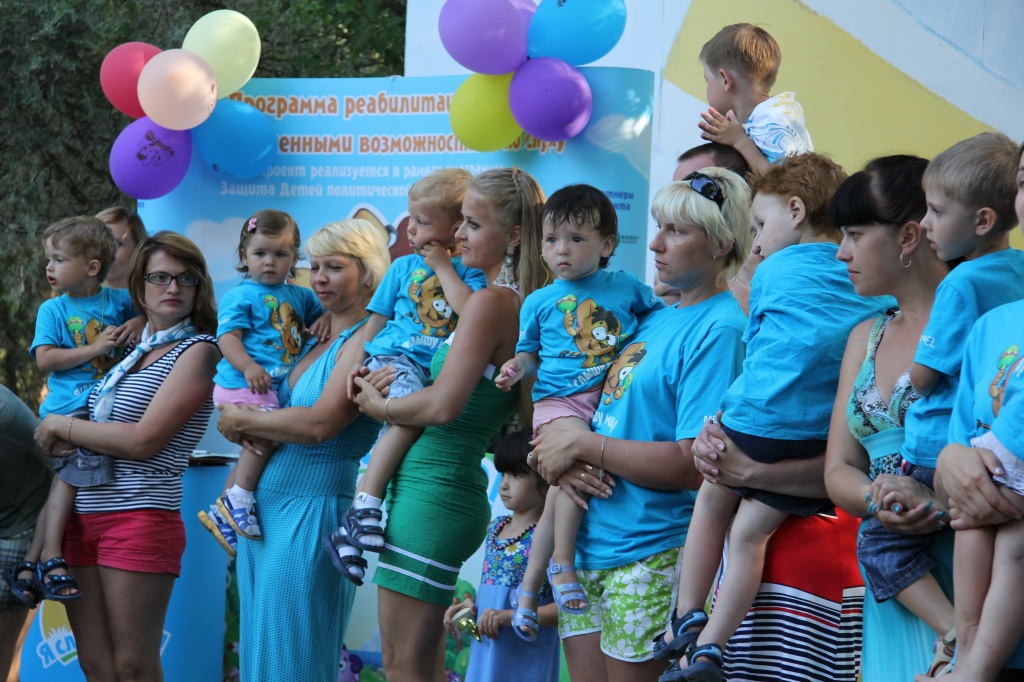 Two weeks on the Black Sea flew by unnoticed. Excellent weather, a busy schedule, positive emotions, sunbathing, salty air made this holiday unforgettable and useful not only for a child with hearing loss, but also for the whole family. And this is very important! In a happy family - a happy child!

We will be happy to meet you at the seaside next year! 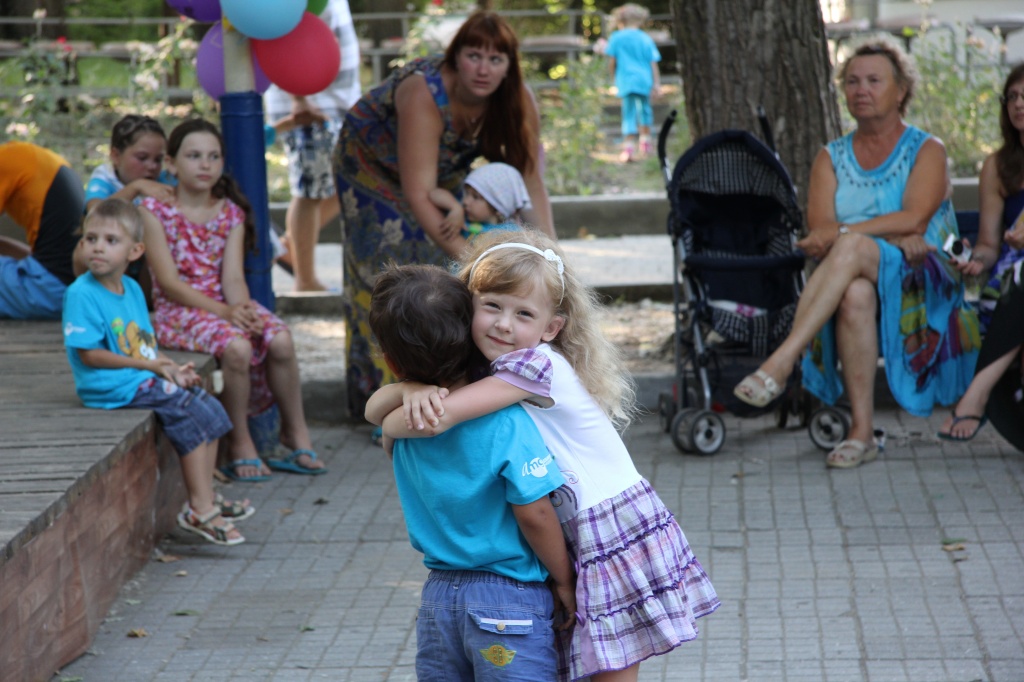 
Read more
This summer, as in the past, we went to one of the sunniest and most hospitable cities in Anapa.
Read more
This year, summer for 200 people from different regions of the Russian Federation has turned orange!
Read more
In 2011, the summer rehabilitation session was held in two shifts: the first from 10 June to 23 June, the second from 24 June to 5 July.
Read more
This is a good tradition, supported by both professionals and parents and their children. The number of participants this year has grown in 3 times. There were already friends among parents and specialists, who had become friends in the previous trip, but the most joyful thing was the meetings of children. For a year everyone have grown, have reached new heights. The new children very easily and harmoniously joined our warm team, they made new friends, so that they did not want to part with.
Read more
+
Thanks for subscribing!
You have been sent an email to confirm your subscription!