But it seemed that the child, born deaf, and the violin are incompatible. My grandchildren do not practically differ from children with normal hearing, their possibilities are not limited. I thank fate for happiness to find out what cochlear implantation is.
Diana and Inessa were born in a family where mother and father are deaf, and grandparents hear well.

I am the grandmother of two girls with CI, they are 12 and 7 years old. We are fr om the Dnipropetrovsk, Ukraine. The older generation in our family had already the experience of educating deaf children, that's why since the first days of Dianochka's birth they were on guard, closely followed the reaction of the baby to the sounds, but it seemed to us that everything was in order. To finally make sure that the child hears, they decided to examine it in Kiev. The result was stunned - deafness on both ears. 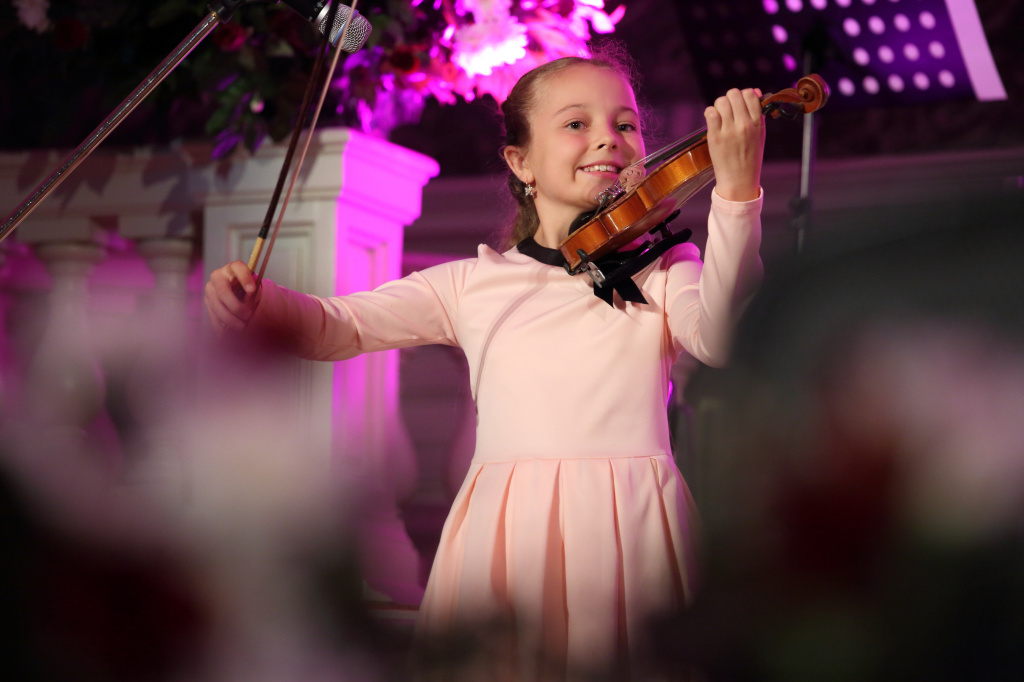 From the first days of Dianochka's birth we were on our guard. The result of the survey was stunned - deafness on both ears.

20 years ago, it happened with her mother. But then our family first encountered such a diagnosis. We did not know wh ere to start from, whom to contact, how to treat. Now it was all clear - hearing aids as early as possible and engage in. We received the device in Dnepr, got the manuals and settings, which were used before (it's good that they did not throw it away!). Diana did not want to wear this device, cleverly dumped it from the ear. Neither individual liner nor the caps worked. While trying to accustom her to the device, quite by chance we found out that there is a regional program for CI in Dnepr, our wonderful surgeon V. V. Bereznyuk is doing the operation.

The question of implantation was solved quite quickly - the operation was done, as soon as Diana turned 2 years old

After connecting the processor, we expected that Dianka would immediately react to the sounds, but did not see any changes in the child's behavior. Truth be told, she did not throw the device out of her ear. We were told that the rehabilitation period would be long, but I really wanted to understand what the baby was hearing. And she, apparently, for two years of her life used to live in silence, adapted, and there she got some new feelings... Only after 3 or 4 months we realized that Diana began to perceive the world around not only visually, but also started to hear it. Yes, and she started speaking.


After 3-4 months we realized that Diana began to perceive the world around not only visually, but also heard it.


A year later, Diana went to a regular kindergarten, and due to the fact that she is a sociable and benevolent girl, she had many friends. Twice a year we went to Kiev to the Otolaryngology Research Institute to set up the processor. Once they told us that it would be useful for Diana to do vocal work. It turned out that finding a good specialist who would agree to deal with an off-the-record child is not easy. In search of a teacher on vocals we went to music school, wh ere Diana's friend was engaged in violin class. They stayed there.

Now Diana studies in the 7th form of the general education school, the 5th grade of the music school violin class, attends the art school and film center. She has a rich and interesting life
Diana's performance at the gala concert "Magic Symphony 2016"
In 2016, Diana took part in the gala concert of the music festival "Magic Symphony", which was held in St. Petersburg.

Our youngest, Inessa, was born five years after Diana. Parents decided that nature had made a mistake, depriving Dianochka of hearing, and the second baby would surely be hearing. In the first month we made a survey, and the result was disappointing. CI was conducted when Inessa was 1 year and 2 months old. Now she is 7 years old. She graduates from the 1st grade of the general education school, went to music school (like Diana - violin class), she is engaged in artistic gymnastics. Diana always helps Inessa, and she tries to be like her older sister. 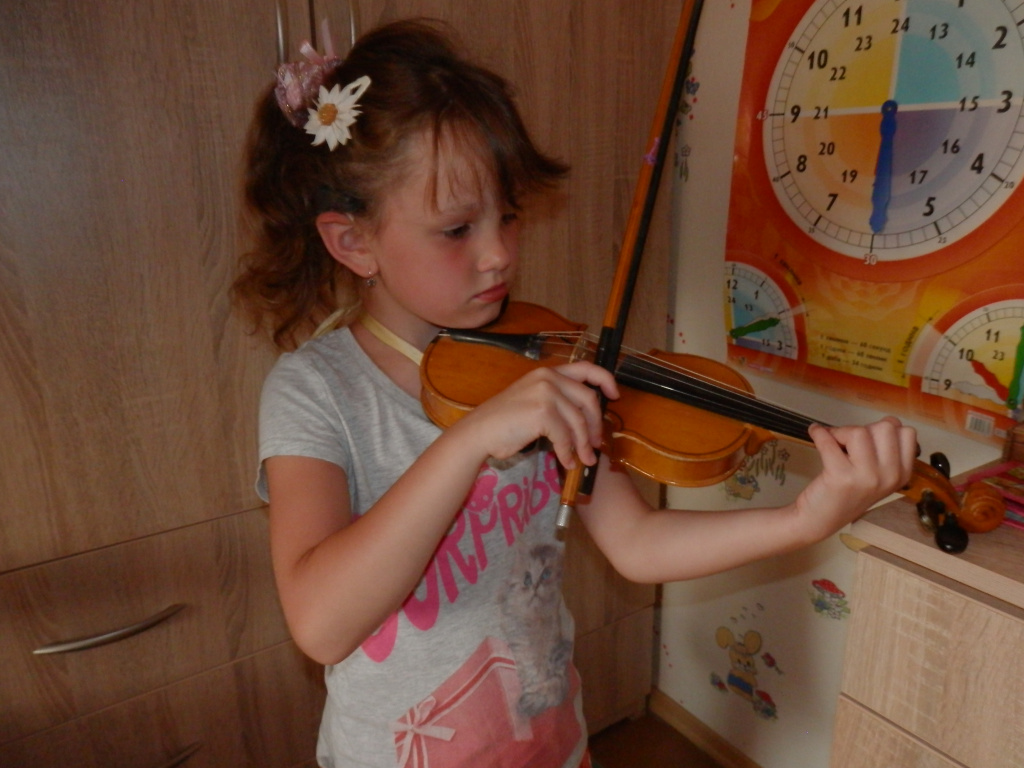 Inessa tries to look like her older sister.
Now Inessa is 7 years old. She graduated from the 1st grade of the general education school, went to music school in violin class, engaged in rhythmic gymnastics.

I raised a daughter who had a diagnosis of neurosensory deafness. Anya has finished a comprehensive school, university and works in the chosen specialty - designer of advertising. She uses a hearing aid. But this does not go to any comparison with the chance that CI gives to people.


My grandchildren do not practically differ from children with normal hearing, their possibilities are not limited. I thank fate for happiness to find out what CI is. But it seemed that the child, born deaf, and the violin - things incompatible.
Back
+
Thanks for subscribing!
You have been sent an email to confirm your subscription!